On Friday 22 July, Councillors from Brighton and Hove’s Environment, Transport and Sustainability Committee tried to navigate the streets of Brighton wearing spectacles (sim specs) that simulate the various sight conditions many Brighton and Hove residents have.

The walk, as featured by BBC South East Today and BBC Sussex Radio, aimed to give the Councillors an insight into the challenges presented by clutter and obstructions on pavements and walkways – and highlight the impact some changes in road layout may make to the city’s visually impaired residents.

East Sussex Sight Loss Council (SLC) members, who advocate for blind and partially sighted people in the community, joined the walk and took the opportunity to share their own personal experiences of the problems that they face on a daily basis. 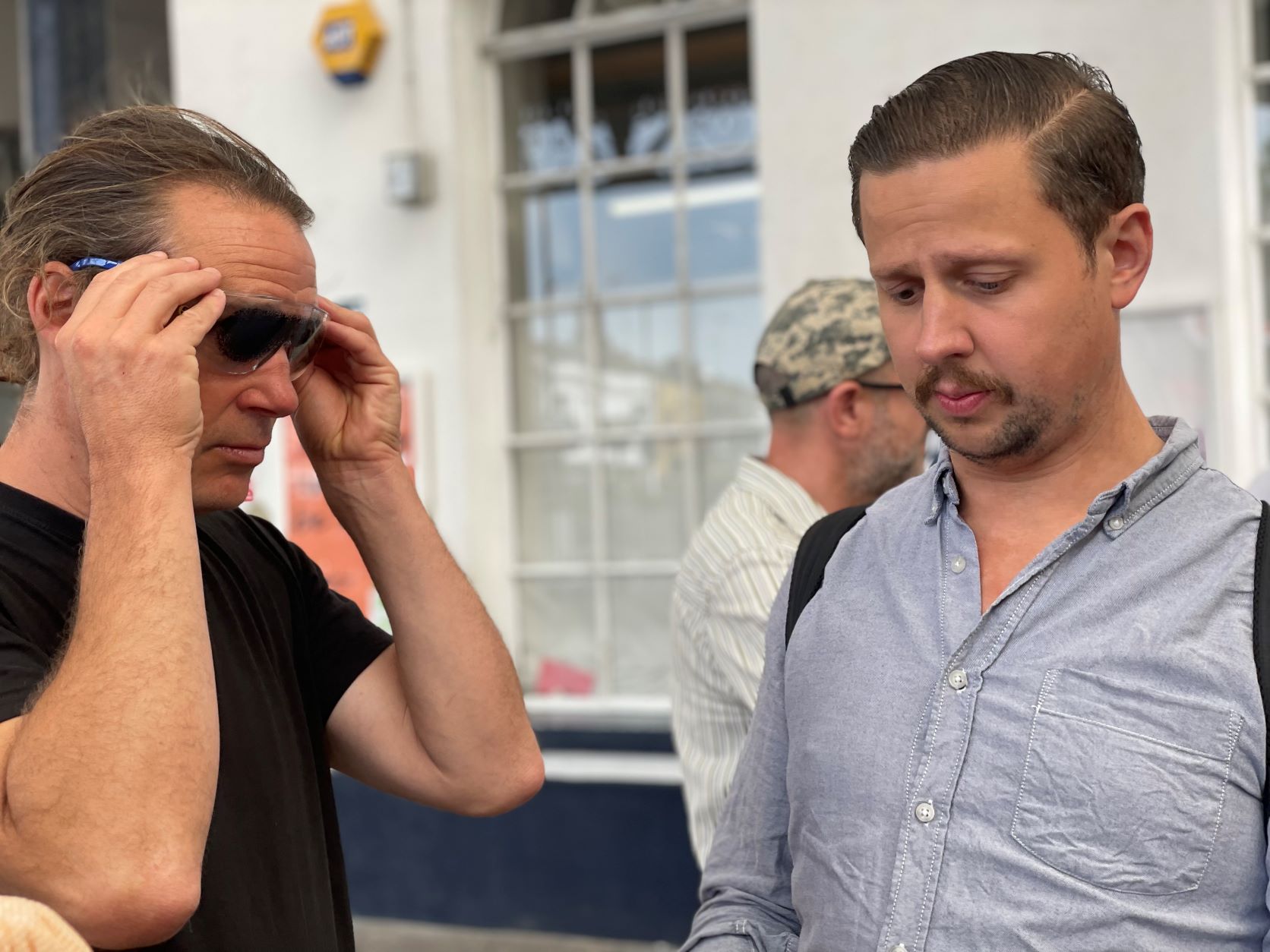 Cllr Jamie Lloyd, who chairs the Active and Inclusive Travel Forum and is Deputy Chair for the Environment Transport and Sustainability Committee, wore the ‘light perception only’ glasses. He said of the experience:

“I felt instantly vulnerable and discombobulated by the urban environment and noises. I realised how much street clutter is potentially hazardous to blind and partially sighted people. It makes me realise we need more disability friendly traffic measures in place”. 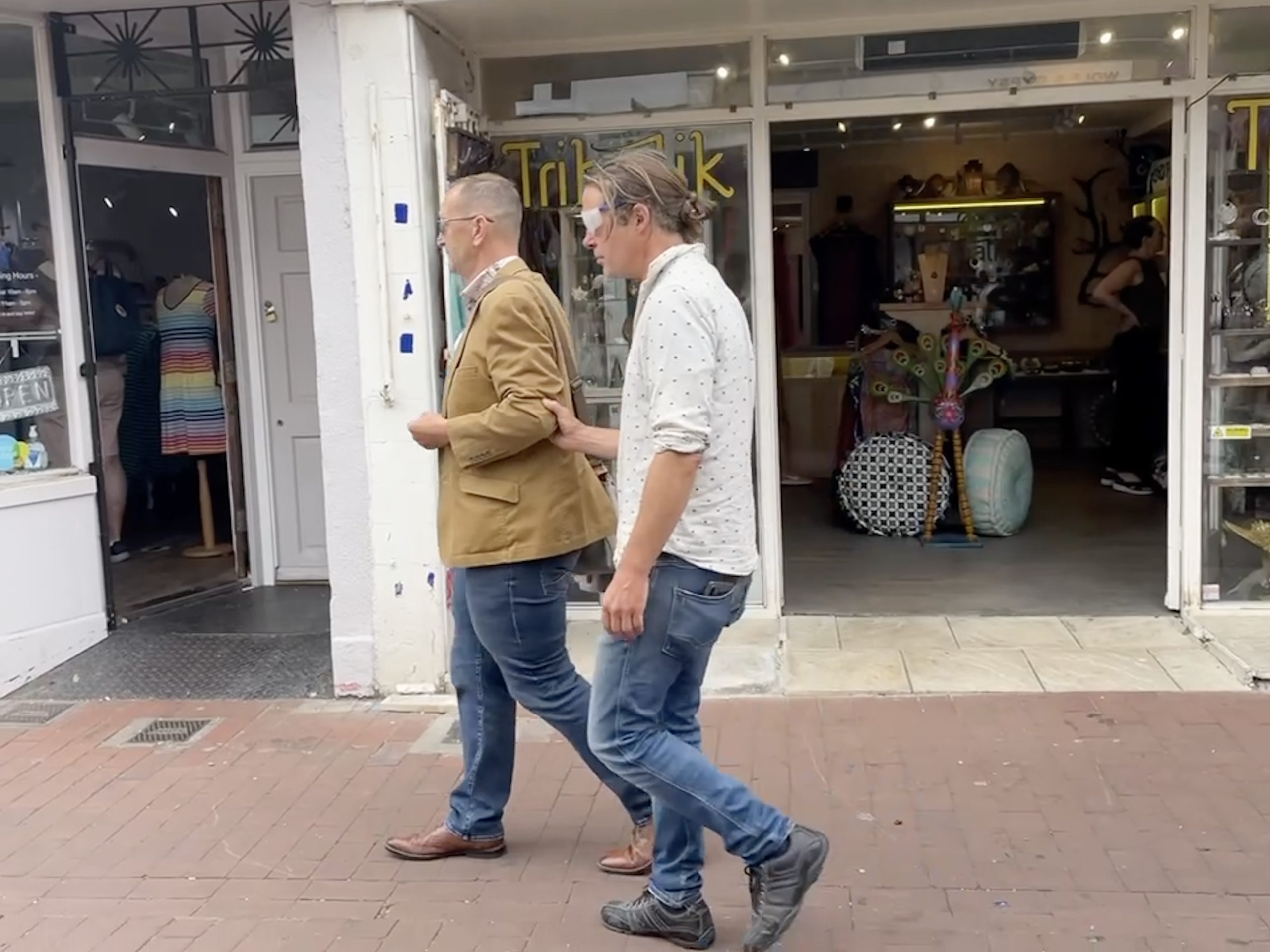 “At first, I felt frightened. I was shocked how much I had to trust and rely on my sighted guide. The experience was really tiring from the amount of concentration required. I also found it difficult to locate where the different sounds were coming from”. 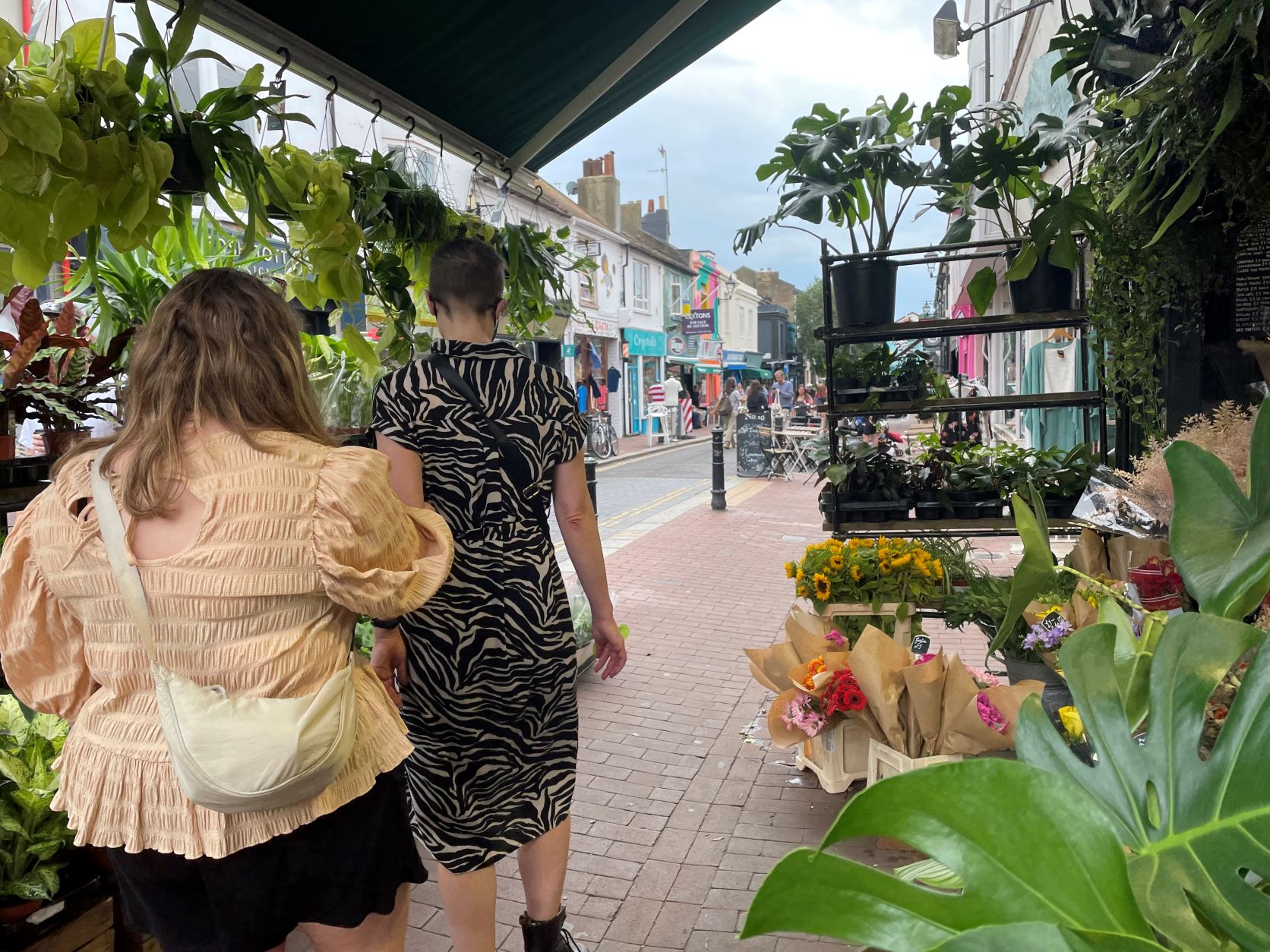 “The exercise was a great success and I think we managed to get across to the councillors the difficulties faced by blind and partially sighted people.

“It was interesting talking to the councillors after the simulation walk as they all mentioned how difficult it was to place sounds. Cllr Nield said that the smallest inclines felt really steep and that she had to really trust her sighted guide.

Iris Keppler, East Sussex Sight Loss Council volunteer, also joined the walk and shared her experiences as a blind and partially sighted local resident with the councillors. She said she was grateful to them for their participation, adding:

“I hope that the experience of wearing simulation glasses, even for just a short period of time, will give councillors a better idea of what it feels like for us, as blind and partially sighted people, to navigate our streets on a daily basis.

“Hopefully, the experience will help them to better understand our problems when we raise them in meetings. It will also help them when considering any policy or physical changes to the city going forward.

“Finally, I just wanted to thank the councillors for being willing to work with the East Sussex Sight Loss Council and for participating in the exercise”. 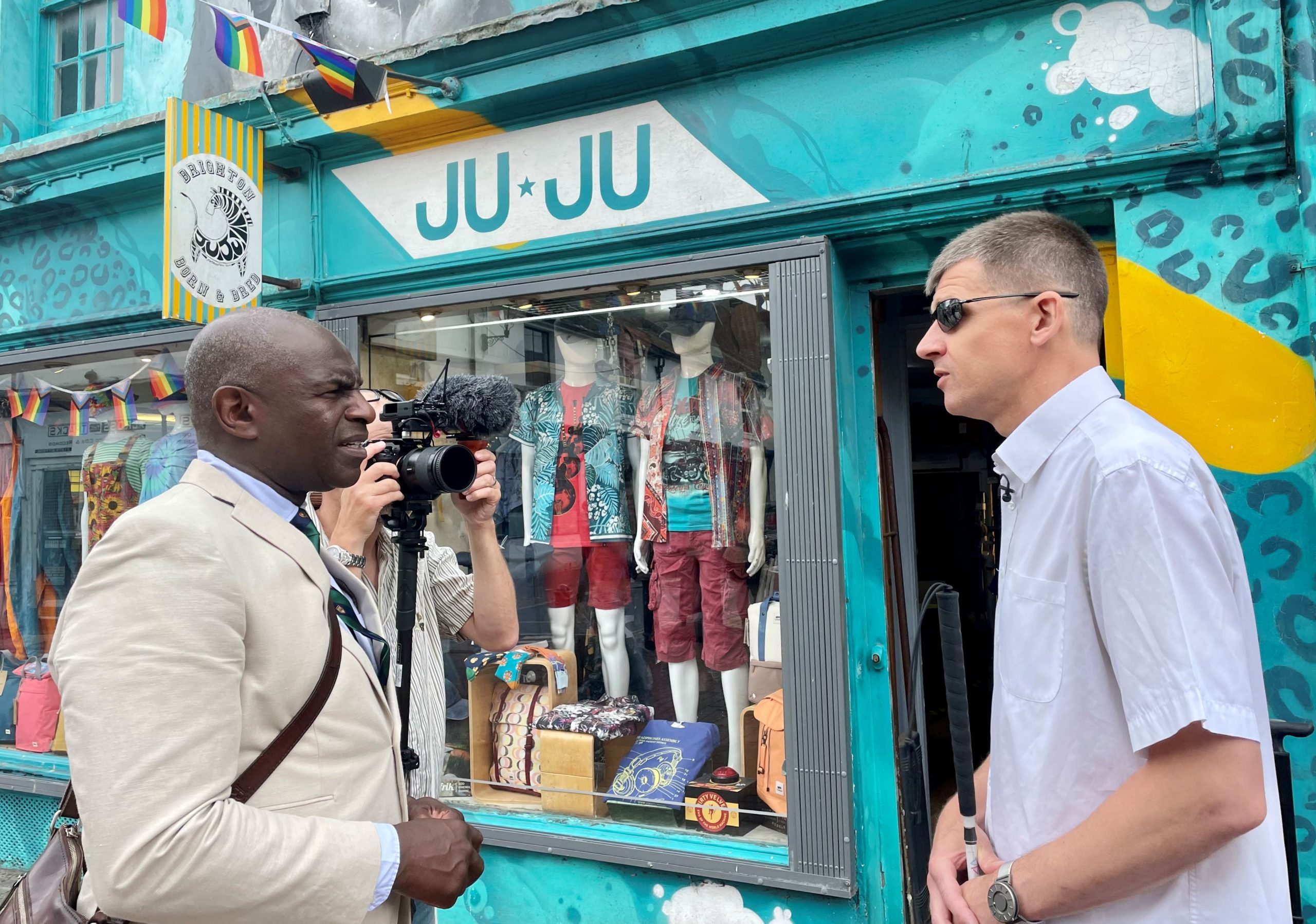 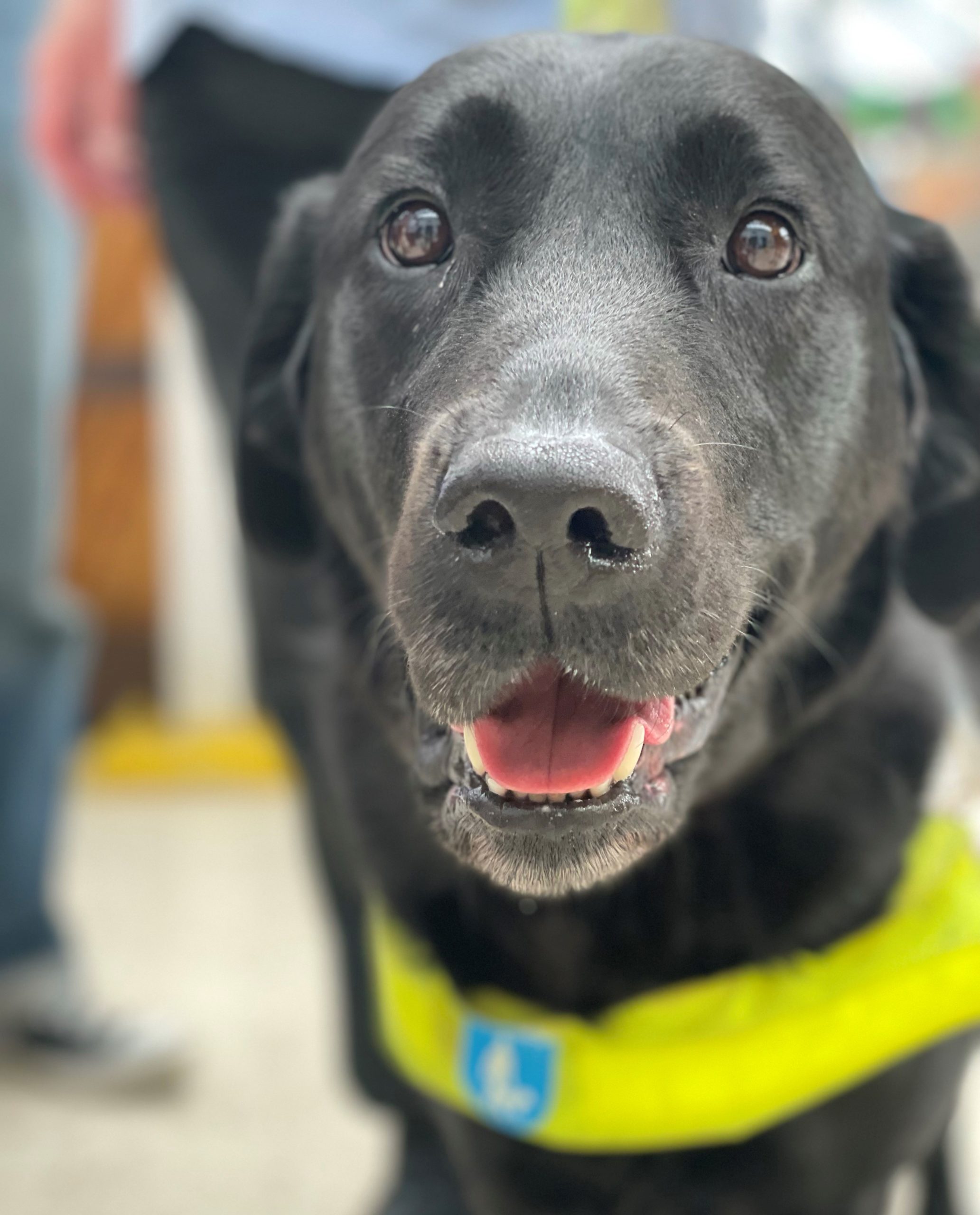