Are you blind or partially sighted and live in Brighton and Hove and East Sussex?

Are you interested in advocating and campaigning for blind and partially sighted people?

By joining us, you’ll help us tackle key issues in your community. Campaign to improve the accessibility of our streets and public spaces, education, employment, healthcare, sport and leisure and public transport.

As Sight Loss Council members, you will bring issues affecting you and your community to our monthly meetings and this will define our projects.

Along with other Sight Loss Councils across the country, we’ll also feed into national campaigns such as our #StreetsForAll campaign.

We will go out into our community and meet politicians, business leaders and decision-makers and tell them our stories. Through our lived experience of visual impairment, we can help others understand the barriers blind and partially sighted people face and advocate for a more accessible world.

It’s really important to us that you get as much as possible out of volunteering. You’ll receive relevant training and the opportunity to learn and/or enhance your skills. Whether you’re interested in public speaking or honing your social media skills, there’s something for everyone to get involved in.

Read our Volunteer Role Description and apply online. Make sure to select East Sussex Sight Loss Council when choosing which area to apply for.

If you have any further questions, please email info@sightlosscouncils.org.uk or call 020 8996 1937 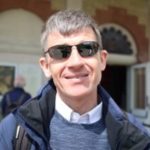 My name is Dave Smith and I’m the Engagement Manager South East. I’m registered blind and have little useful vision nowadays (light perception on a good day). I was diagnosed with having Retinitis Pigmentosa and Retinal Telangiectasia in 1991 but after 2 Cataract operations and a significant drop in my vision, I was registered blind in 1997.

I have worked in the disability sector for nearly 25years, working for RNIB for almost 15 years and then smaller Surrey based disability charities for the past 10 years. I have held many different job roles during this time and, as a result, have a good understanding and knowledge of the sector with particular expertise in IT/Access Technology, Employment and Vision Impairment Awareness.

As a young adult, I’ve felt that my calling is to use my condition/s of Rod Cone Dystrophy, and Fibromyalgia to make a positive impact by addressing issues in accessibility and making a noise about the injustice that I, and I’m sure many others have faced, and are facing today.

From public speaking at the UK’s first Disability Pride Festival, to addressing problems around discrimination on BBC radio, I have also been volunteering as a VI mentor, mental health research advisor, and helping plan disability related events as well as hosting my own for a number of years.

I have been using creativity for the majority of my life as an outlet to express my emotions at times of deep isolation. My exciting new venture amongst all the advocacy will be to train as a yoga teacher towards the end of 2022, in aim to teach those who are blind/ partially sighted! 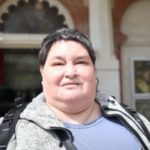 Hi I am Iris. Having spent nearly 30 years on this planet as a fully sighted person, I lost my sight in the late 1990s as a side effect of my diabetes. After studying at university, most of my working life was spent in the banking/ finance and accounting sector where I worked in customer facing roles. Since being made redundant a few years ago, I have volunteered my time, engaging with several disability and access groups and forums where I proactively advocated for the blind and partially sighted (BPS) community. Being part of the East Sussex Sight Loss Council (I hope) will further enable me to make the lives of other BPS people easier by helping to hopefully eliminate many of the extra obstacles and barriers we face as blind and partially sighted people.

My Name is Rich Wheeler and I’m a volunteer on the East Sussex Sight Loss Council. I’m currently working at Brighton and Hove City Council – BHCC as a Community Engagement Officer and with a strong passion for Equality Diversity & Inclusion, I’m the chair of the internal Disabled Workers & Carers Network at BHCC. I acquired my sight loss in 2011 and previously was fully sighted. In the course of a few months I became legally blind through the onset of Leber’s Hereditary Optic Neuropathy – LHON, which is a rare genetic condition that has left me with some limited peripheral vision. Shortly after becoming blind I became a screen reader user and completed my degree in Business Management at Winchester University. I enjoy pushing myself to try out a variety of activities such as Argentinian tango, yoga, goalball, half marathons, assault courses and tai chi to name a few. 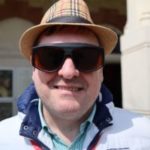 I was born partially sighted and later registered blind in 2008. Despite having sight loss, I have not let this stand in the way of anything that I have wanted to achieve, which includes being an advocate and giving a voice to VI people.

After leaving school, I have had a varied career. A highlight was becoming Head of Wardrobe and Creative Services for CITV at ITV and The Disney Channel.

Since then, I became the first VI magistrate on the Sussex bench, and the co-founding member of Signet, the working age social group for VI people at Eastbourne Blind Society.

Originally from Birmingham, I moved to East Sussex in 2007 and I have become very active in the local community, especially, helping to shape change for VI members.

I feel very honoured to be able to be part of the East Sussex Sight Loss Council and to having fun whilst helping to make positive change.