Among those who took part were Wayne Hands, Alun Davies and Julie Stephens from the Sight Loss Council together with the Mayor of Gloucester, Councillor Howard Hyman; the Sheriff, Councillor Joanne Brown and the leader of Gloucester City Council, Councillor Richard Cook.

Each were given sim specs which simulate various eye conditions and give an insight to how it feels to walk with a visual impairment. This enabled them to experience the challenges faced by people with visual impairments as they walked through the city. 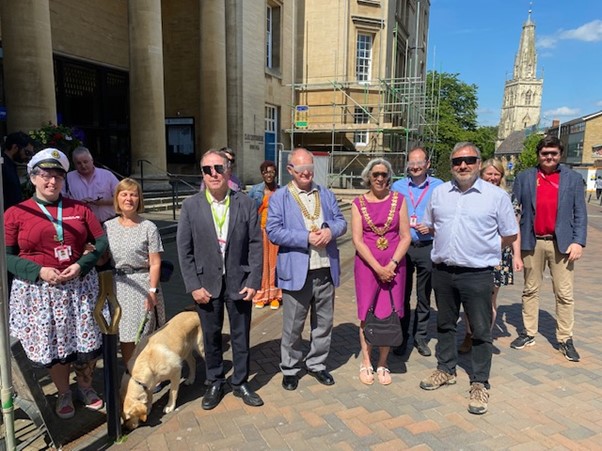 “I am grateful to Alun, Wayne and Julie for coming along and facilitating the walk which highlighted the challenges faced by those with visual impairments.”

“Gloucester City Council will continue to work alongside our partners to enhance accessibility as part of our work towards building a greener, fairer, better Gloucester.”