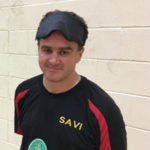 Matt has been visually impaired all of his life as his sight has continually deteriorated. As a visually impaired person, Matt has competed in many sports events ranging from local, grass-roots level games right up to the international stage.  I was fortunate enough to be asked to represent England in the Commonwealth Games in Melbourne back in 2006.

In 2009, with a VI friend, Matt set up SAVI Northwest which aims to increase opportunities for sports and activities for visually impaired people as sport and physical activity has had a profoundly positive impact on his life.  As a Merseyside SLC member, Matt used his knowledge of VI sport to advocate for blind and partially sighted people to experience the social and physical benefits sport gave him.

Matt is now looking forward to leading the Merseyside SLC in future projects and campaigns to influence positive change for blind and partially sighted people in the North West. 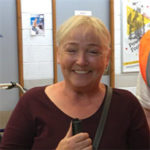 Norma has over 25 years of experience in governance, both in community and strategic corporate leadership where I focused on social care and community development. She is interested in engaging with other visually impaired people like herself and feels that the only way change can happen is by being involved and part of the decisions that make a difference to blind and partially sighted people’s lives. Norma is keen to make organisations and partners aware of people’s abilities rather than their disabilities. 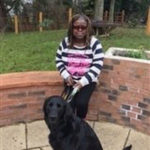 Naomi has been visually impaired since birth and has a Guide Dog called Dixie. She is a volunteer & Trustee at Bradbury Fields Rehabilitation Centre for Blind and Partially Sighted people in Liverpool. Naomi enjoys supporting Liverpool FC as a season ticket holder, even taking her Guide Dog to all of the home games. Her other hobbies include walking and hiking, tandem riding and visiting various places of interest. Naomi feels it is important to raise awareness of the issues facing blind and partially sighted people in their local areas. 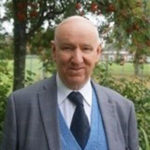 Frank is completely blind and as a child attended Wavertree School for the Blind in Liverpool before moving on to Worcester College for the Blind. He studied in London and spent a career in teaching, working in a number of schools, but for the most part, with blind and partially-sighted children. Frank is still heavily involved in Education as Chairman of Governors of a C of E girls school, Vice-Chairman of a mixed school and Board Member for a Primary School.

His hobbies include playing the organ and piano in his local Church and aims to improve the quality of life for Visually Impaired people. 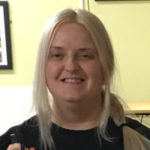 Kelsey is a technology enthusiast who went through mainstream education before losing her sight at quite a young age. She strongly believes that the advances in technology will make the world a better place for VI people.

She has joined the Merseyside Sight Loss Council to help raise awareness of issues that VI people face on a daily basis and explore ways that technology can support people with sight loss to be more independent. 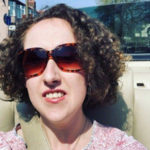 Hatti joined the Merseyside Sight Loss Council as she has extensive experience of Higher Education with sight loss.

She is currently studying for a PhD in Art Education and Visual Impairment at Liverpool John Moores University and works part-time as a Rehabilitation Assistant for DeafBlind Adults at Bradbury Fields.

Hatti is passionate about making a difference in the lives of those who are blind and partially sighted. In her free time she enjoys playing cricket for Wavertree and the UK Women’s VI team. 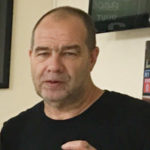 Michael is originally  from Birmingham and moved to Liverpool 28 years ago. I have a condition called Stargardt disease meaning he lost his sight at the age of 11. He joined the Merseyside Sight Loss council to help all working age people with sight loss to find a way into employment, hoping that their experiences are more positive than his own. He believes that there are so many experienced and talented people out there who have a lot to offer. In his spare time Mick enjoys supporting Aston Villa FC. 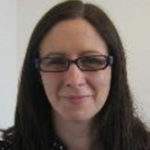 Laura has worked for the NHS for 15 years so brings a wealth of public sector experience to the sight loss council. She lost her sight overnight at the age of 31 so has a lot of insight into the barriers that people blind and partially sighted people can face. Laura is very passionate about making a difference due to the excellent support she received following her diagnosis.

Laura continues to work full time and in her spare time she enjoys reading, running, travelling and shopping.

Kelly is visually impaired (blind) and has been since she was born.

After graduating from university Kelly worked as a journalist and in PR, before moving into the charity sector, where she now works for the Salvation Army at Strawberry Field in Liverpool.

Kelly is very passionate about blind and visually impaired people gaining and being in employment as she believes strongly that sight loss is no barrier to being able to take on a variety of job roles. She is also very interested in assistive technology and the difference this can make to people’s lives.  She is particularly interested in braille technology and uses this on a day to day basis.

Outside of work Kelly is a keen cyclist and runner.  Kelly is particularly interested in sports and the sporting opportunities available to blind and visually impaired people; not only because she feels that sport can be adapted and extremely inclusive, but also because of the positive impact sport has on people’s lives in terms of psychical benefits and improvement to mental well-being. 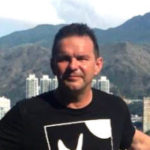 My name is Paul Tudor.

My hobbies are walking, keeping fit, cricket, goalball and I love to watch stand-up comedy gigs. I have been visually impaired all of my life.

My sight has deteriorated as I have got older. I joined the Merseyside Sight Loss Council so I could help blind and visually impaired people get the same opportunities when applying for job vacancies as sighted people.

If you would like to collaborate with the Liverpool Sight Loss Council on a project, please get in touch.